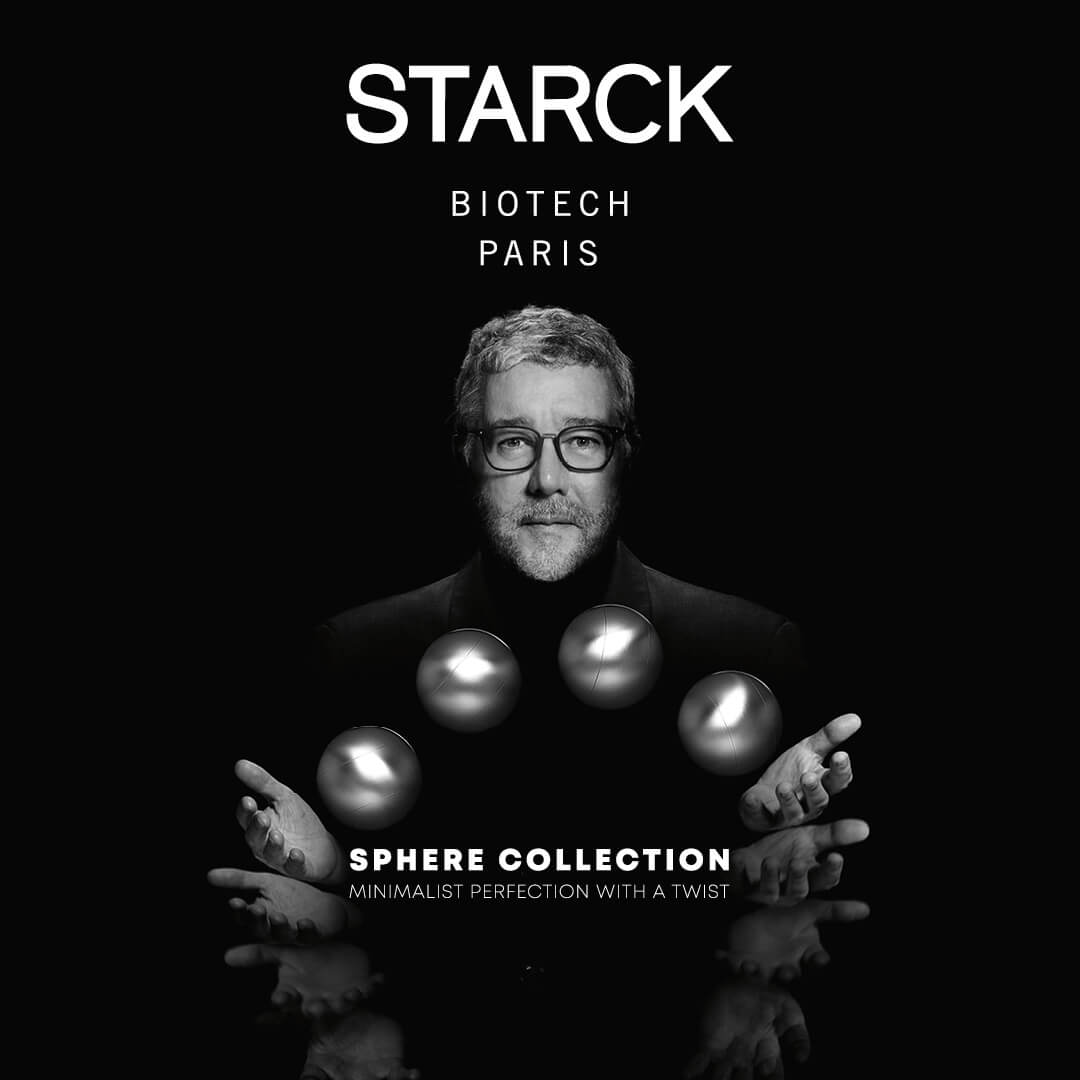 PHILIPPE PATRICK STARCK is a well-known French designer. He studied at Notre Dame de Sainte Croix in Neuilly and l’Ecole Nissim de Camondo in Paris, France. He founded his first design firm in 1968, and in 1969 became art director of his firm along with Pierre Cardin. STARCK has worked independently as an interior designer and as a product designer since 1975. STARCK lives in four different cities: Paris for public relations, New York where he does most of his technical work, Burano (Italy) and London.

In collaboration, Alain Mikli and Philippe Starck released a new concept of technical eyewear design in 1996. This patented concept continues today and serves as a reflection of Starck’s passion of “bionism” – inspired by environmental and organic elements in harmony with humans. This philosophy exists and continues today in each and every STARCK eyewear frame, and can be seen by examining the temple hinge which features biomechanical articulation mimicking the movement of a human micro-clavicle. Inspired by the arm’s natural abilities, the patented hinge design shares the same multi-directional freedom of movement as the human shoulder. This allows for over 50,000 movements, producing eyewear that is ergonomically designed to produce unparalleled comfort. Eyewear inspired by human beings for human beings.

Philippe Starck, a true environmentalist for many decades, “Providing a real way to deal with the urgent needs of environmental issues that is accessible to everyone is the new fight for the democratization of design. Design is a tool to help the tribe.”

We invite you to stop by Artisan Optics and become a member of the STARCK tribe.